There is a console war outbreak and we almost are feeling like warriors, nearly confused which console to buy that won’t be a waste of money. Microsoft’s and Sony’s new consoles are much talked about and I will let you trigger out which console is better to give a shot. 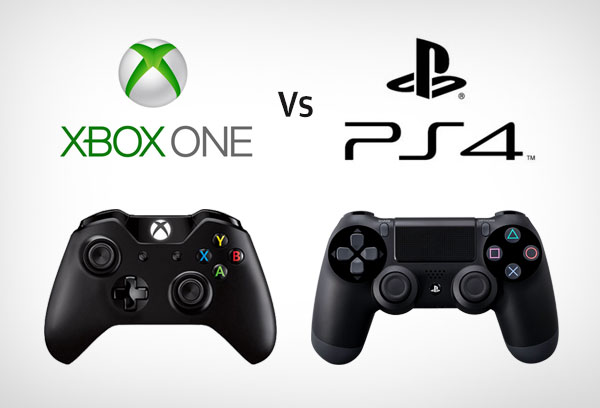 Let’s Talk Which one to Buy Xbox One or PS4

Sony’s PlayStation 4 is fast, sleek and powerful. A plethora of features are packed in a well-designed PS4. It has sharp and blazing interface with beautiful graphics. In PS4 there are comfy controllers with decent hardware making it intriguingly user-friendly. The rib-tickling gaming experience of PlayStation 4 would bedazzle the fan boys of PS4.

The main focus here is only “gaming” and game-centric experience for gamers. It won’t disappoint Sony fans any bit. What made me swayed to PlayStation 4 are its gorgeous features. But wait a second without jumping onto the conclusions you need to know about the features of PS4’s rival. Xbox One which is quite so competent and yet so powerfully laced up. People are giving harsh reviews about PlayStation 4 and bashing on it with some baseless attacks it probably seems each of the console fans are actually paid to speak in contradiction of each other. What I did not like about Xbox One are actually the hidden charges. You have to pay Microsoft, as 60$ per year to unlock the features, although the graphic experience, the outlook of both square boxes are the same but there is still an inch difference that one can locate.

Xbox One is a bit costly with $500 whereas you can find each and everything in PlayStation4 in $4oo with no hidden charges or locked features in the long run. The one absurd thing I found in Xbox is it provides the entertainment of live TV, music, sports and movies too, I wonder isn’t a less likely thing and almost like a blow on the faces of gamers, who only want a gaming world rather to lean on watching TV shows and swinging their heads on groovy numbers?

The best games on both consoles right now are Assassin’s Creed 4 Black Flag and Battlefield 4. They are available on both consoles.  PlayStation 4 has Knack and Killzone which are simply incredible. Shadow Fall is another great experience, while Xbox One has Forza Motorsport 5, Dead Rising 3 and Ryse: Son of Rome Day.

You’re not making a mistake buying either of these consoles right now, but if you’re looking for the best game console of the two to buy this holiday, the choice is pretty clear. The one that costs less is the winner this time, The game selection on both consoles is about equal, Xbox does not deserve an extra penny as watching live TV or fantasy sports, with extra $100 is a little too much and expensive for a device.

PS4 is $100 cheaper with marvelous features. There is no repetitive $60 fee to watch Netflix, Hulu, Amazon Prime, etc. I would probably think long term and get something more powerful for $100 less. That’s much like how common sense works. What if TV hooks up in the midway and the voice controls of Xbox One would sound nothing like commercials, won’t it trouble you? Xbox One is little underwhelming for me. Have brains; make a choice, which one to buy, PlayStation 4 or Xbox One.

Xbox One and PS4 Comparison Infographic

Buy the best price from Amazon: