Apple has sustained its excellence and name over the years. The technology introduced by Apple are imitated, copied, reused but no brand has even slight touched the level and standard set by Apple. Today, I am drawing your attention to the New Apple Mac Pro 2013 edition that is the most powerful desktop computer ever made by Apple. 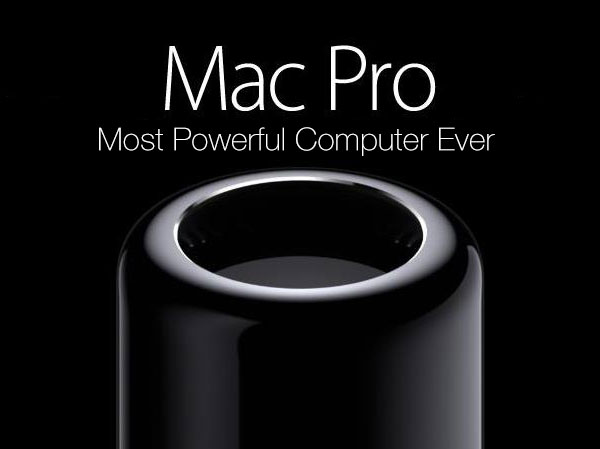 Mac Pro that is supposed to be unveiled this December 2013 is reckoned to be highly creative. Graphics, memory, processing as well as storage are epically treated in Mac Pro. It is certainly beyond the stereotypical range that has already hit the ground. 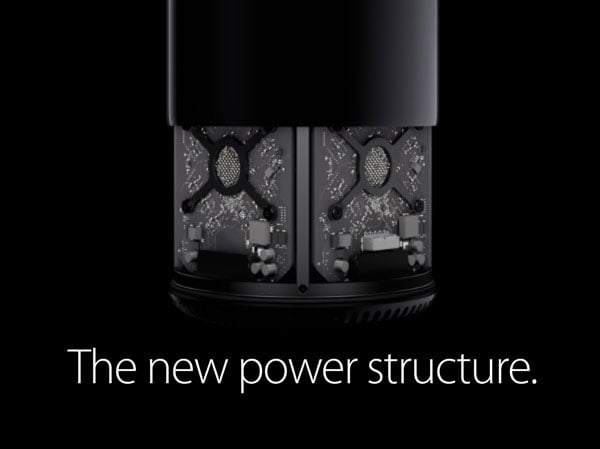 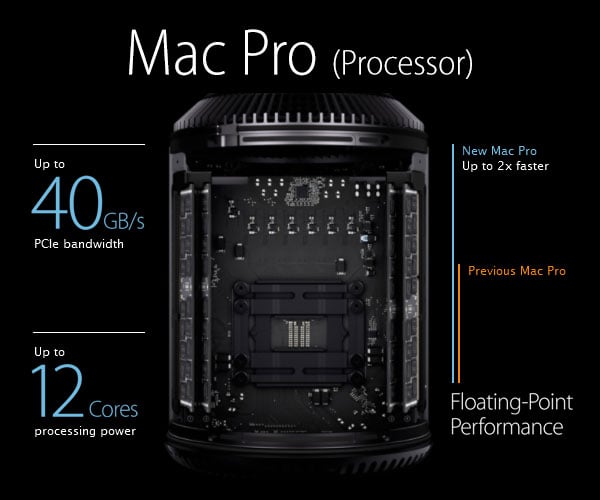 The new Mac Pro is available with 4, 6, 8, or 12 cores of processing power on a single die, with up to 30MB of L3 cache, 40GB/s of PCI Express gen 3 bandwidth, and 256-bit-wide floating-point instructions, you’ll never regret the aura of its speed. 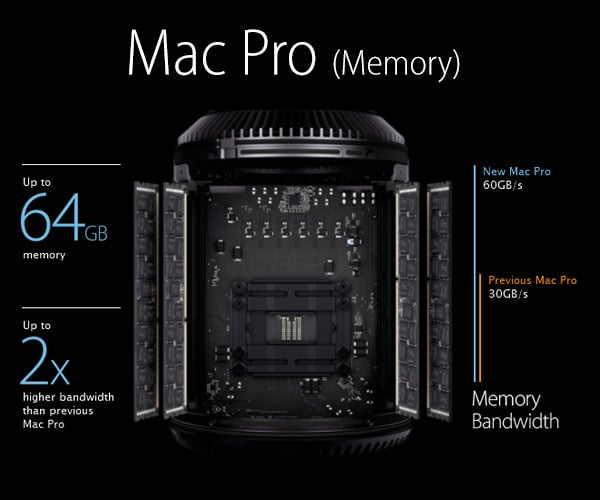 Every element in the new Mac Pro is destined for performance. That consists of a four-channel DDR3 memory controller running at 1866MHz. It supports up to 64GB of memory and delivers up to 60GB/s of memory bandwidth. 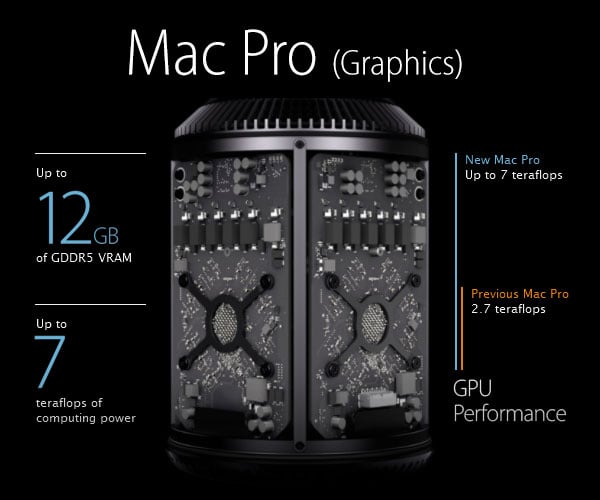 In Mac Pro, you’ll be able to do things like seamlessly edit full-resolution 4K video while simultaneously rendering effects in the background — and still have enough power to connect up to three high-resolution 4K displays. 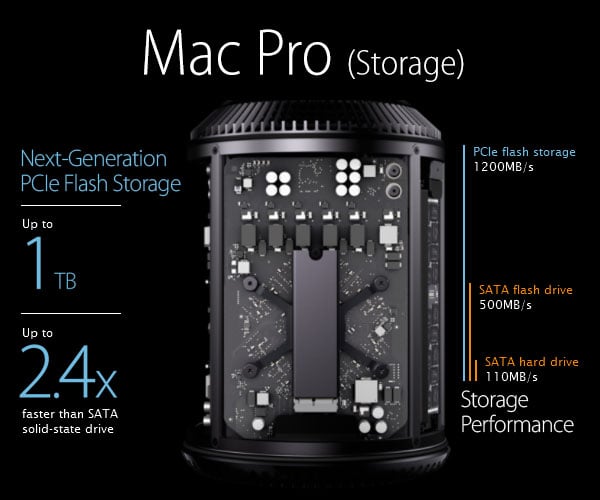 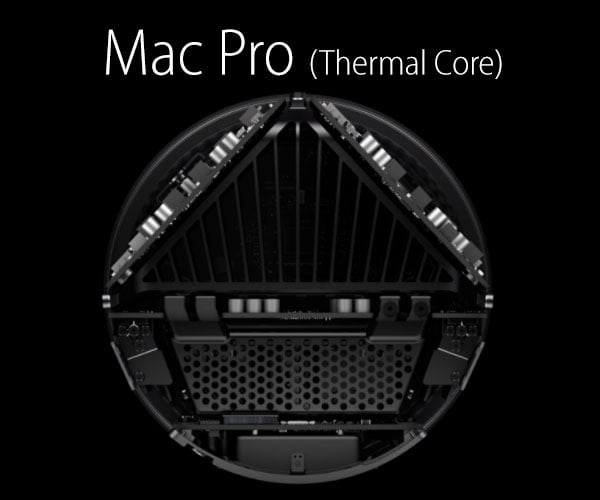 The new Mac Pro packs an ingenious unified thermal core, they have built everything around a single piece of extruded aluminum designed to maximize airflow as well as thermal capacity. It works by conducting heat away from the CPU and GPUs and distributing that heat uniformly across the core. That way, if one processor isn’t working as hard as the others, the extra thermal capacity can be shared efficiently among them. Isn’t truly amazing? 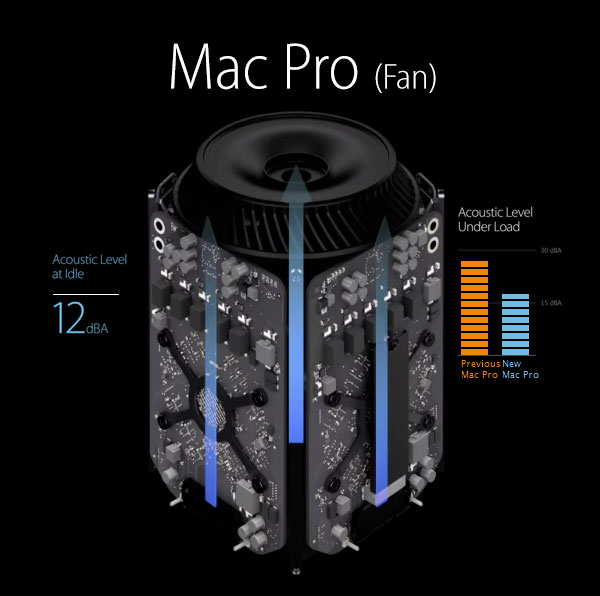 Now in Apple Mac Pro has a fan system which is capable of cooling such a high-performance device. Instead of adding extra fans, there is a single, larger fan that pulls air upward through a bottom intake. As air passes vertically through the center of the device, it absorbs heat and carries it out the top. This makes Mac Pro simple and very elegant. 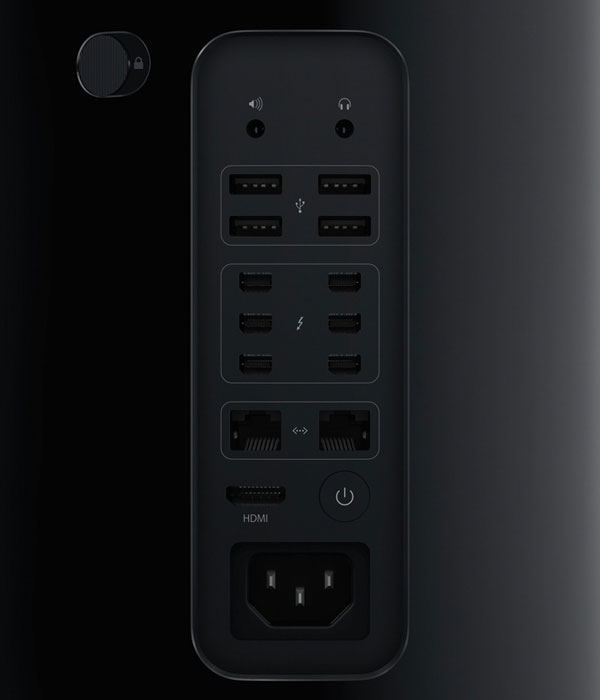 Without being limited to the space inside the enclosure, Mac Pro is designed with built-in Thunderbolt 2, USB 3, Gigabit Ethernet, and HDMI 1.4 ports; Mac Pro sets a new standard in flexible, high-performance expansion. It’s our most expandable Mac yet. 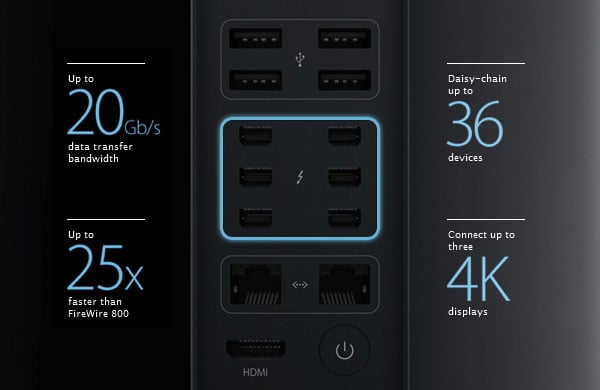 Thunderbolt combines PCI Express and Display Port into one high-speed, versatile I/O technology. And with Mac Pro, Thunderbolt 2 delivers twice the throughput, providing up to 20Gb/s of bandwidth to each external device and since each Thunderbolt 2 port allows you to daisy-chain up to six peripherals, you can go all out by plugging in up to 36 external devices via Thunderbolt 2 alone. 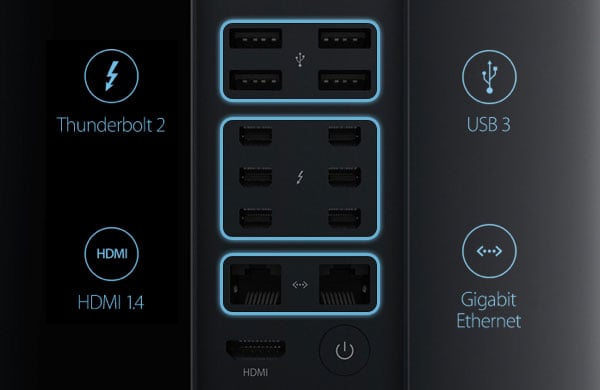 Mac Pro equips you with all kinds of connections for all kinds of peripherals. USB 3 gives you the versatility to hook up dozens of different types of external devices. Two Gigabit Ethernet ports let you connect to multiple networks. And an HDMI 1.4 port provides support for the latest televisions, projectors, and displays, including Ultra HD TVs. As you rotate Mac Pro to plug in a device, it senses the movement and automatically illuminates the I/O panel. So you can easily see the ports you need when you need them. 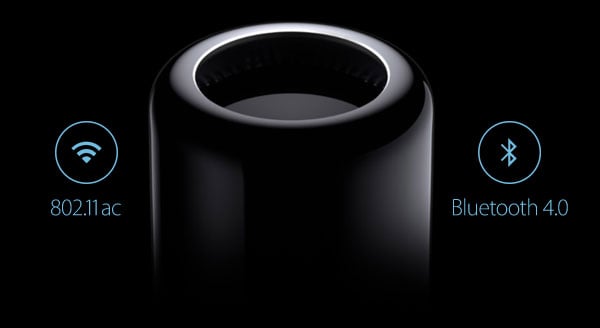 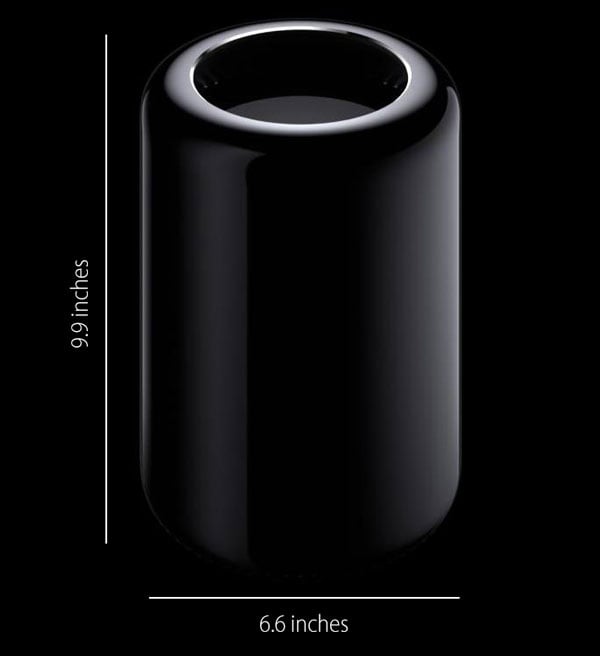 The new Mac Pro looks unlike any other computer because it is totally different from other computers. Everything centers on a unified thermal core, its unique design and beautiful finishes are executed to an extraordinary degree of precision. And at just 9.9 inches tall with a diameter of just 6.6 inches in size, it’s a pro desktop computer that can actually sit on your desk.

With the new Mac Pro, Apple has assembled the entire product, machine & several of its high-precision components in the United States. Industry-leading companies in Texas, Florida, Illinois, Kentucky, and over a dozen other states across America, Apple has got to build a product that’s impeccably constructed and beautiful in every detail. In other words, Mac Pro was envisioned by the designers and engineers in California.