It is in the world of technology where we have almost become slaves to gadgets and modern devices. Nobody can think of living life without having some of the latest appliances. If you ask yourself, you would probably come up with the same answer; that “Technology is life, and it is indispensable”. No matter how costly and ‘full of quality’ a product you had brought for yourself is, remember that it is a “machine” which may cause glitches sooner or later. Computers, laptops or even cellphones, need an upgrade after some time. Some way or the other, you can become too confused with mechanical problems that even a human mind can’t sort everything out by itself. For such ins and outs, antivirus software is created to assist us at every step. You may end up looking at various antiviruses available on websites that promise more than they realistically can abide by. They would perhaps not bring you any closer to “error-free” systems, and all that you get is either a “hang-up” or “hooked up” state of your computer systems.

I am drawing your attention towards the world’s #1 antivirus, which works like a magic wand with corrupted files and malware that computers can repeatedly be affected by.

Bitdefender Antivirus Free Edition is top rated and by far the best service you can resort to when you want to rid yourself of malware.

Bitdefender Antivirus has especially crafted its programs to detect, identify and eradicate all bugs in IT systems & computer devices. The company provides solid security solutions to cope with suspected viruses that affect computers. 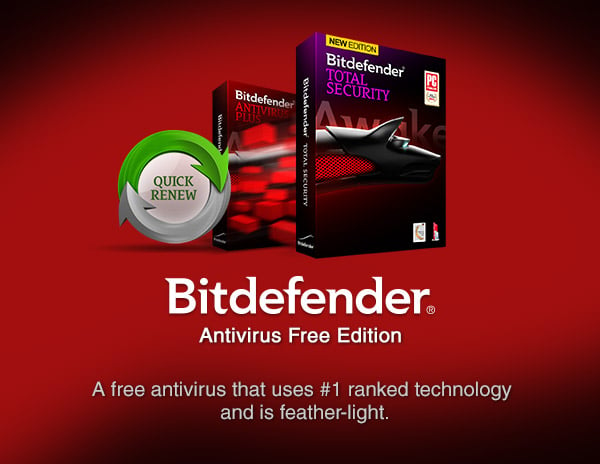 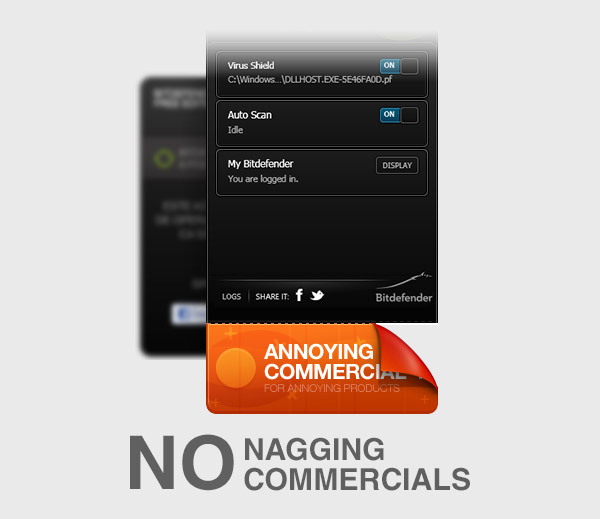 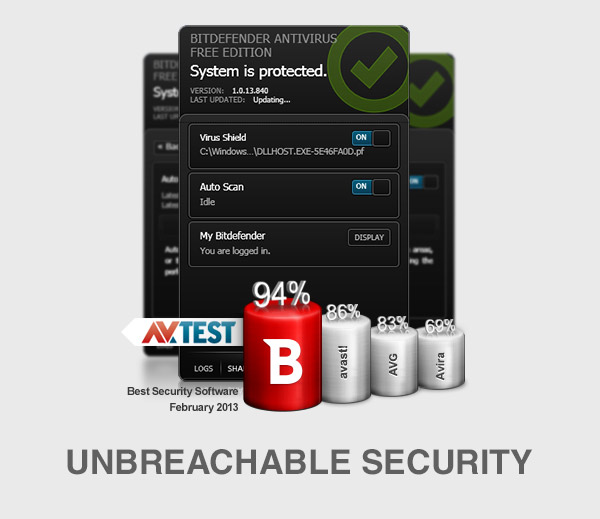 Bitdefender relies on super-fast technology to protect systems from potential viruses coming from the outside. The real time shield is intended to shelter the whole computer system from infected files that can potentially erupt from any internet source.  It is, in essence, a silent guardian that is active at all times.

Bitdefender is very quick to identify and isolate threats. It will then remove any and all traces of said threats, making it seem as though nothing had ever happened.

Intrusion Detection is a functional feature that responds to malware that us posing as a legitimate application. Whenever a potentially intrusive application performs in a malicious way, it halts them when they seem to get out of hand.

This is an intelligent technology that analyzes the behavior of safe apps, and then uses that information to determine whether other apps are functioning properly. If no glitches, errors, viruses or other nasties are detected, B-Have will initiate the program. Otherwise, it will automatically isolate or delete any invasive stuff. That’s one striking feature of Bitdefender Free Antivirus!

Bitdefender Antivirus Free Edition quickly scans all the links you access from your browser and stops them when they seem to be dangerous or behave in an unsafe way for your systems.

This feature scans the system at boot time, when all potentially risky services are loaded. Early boot scanning locates any malware at system startup, along with providing improved boot time.

Nowadays, we are always pressed by time, and every one of us wants a quick way to sort out problems. Auto Scan works in the background, and can intelligently dedicate resources to problematic areas.

In a nutshell, Bitdefender Antivirus Free Edition is an excellent and trustworthy product.  If you were undecided on what antivirus to try out, I am hopeful that this review can help you settle on this particular antivirus. Bitdefender provide quick rehabilitation to any corrupted files and improves your computer’s performance, while keeping you safe from potential online scams.