A graphic designer has to deal with several sorts of clients; some are too irritating that they simply want their designs to be remade. Some clients keep on demanding to modify the design; some wants change in color and appeal while others would entirely swallow the head of the designer for no particular reason. Client is clever, client is clumsy and some clients act so crazy.

At this point of tough time, the designer has to keep his tolerance at hand and should not lose his temper because a client wants his design of the product to be enticing enough and well made. Here the graphic designer should behave morally, patiently and professionally which is to “show grace under pressure”.

The most annoying moment is when people tell a graphic designer ‘what to do’ and ‘what not to’ in his work field or at his workplace, may be those having passive nature can bear with such investigation of ‘how, when, why and where’  but those who are confident and having full faith in whatsoever they design, would never tolerate the unnecessary gestures from every tom, dick and harry, even the colleagues commenting baseless on their tasks become disgusting obviously they hardly appreciate to receive unwanted  & uninvited criticism and inquiry by others because  they believe in themselves, because they know what they do.

When someone keeps on nagging and nodding the head upon the work we deliver (after constant sweats), it becomes detestable. Isn’t it?  We all want appreciation, we all like acceptance & consideration of work, because after getting acknowledged we feel energized, motivated and stirred up.

Graphic designers belong to the field where they need calm and peaceful ambiance in order to make a design and compose a masterpiece which is one of its kind; if there is a mess in the setting, noise in the backdrop and distraction in the environment, it is possible that the graphic designer would get pissed off. He won’t be able to perform well on his tasks and hence no good results would turn out in the long run.

Scroll down to know ‘what graphic designers hate to hear’, most of the time during their work hours at office, over the phone call or in the personal face to face encounter with some silly, weird and disturbing clients. I am sure the graphic designers can relate to any of these awkward moments being faced by them somehow or the other! 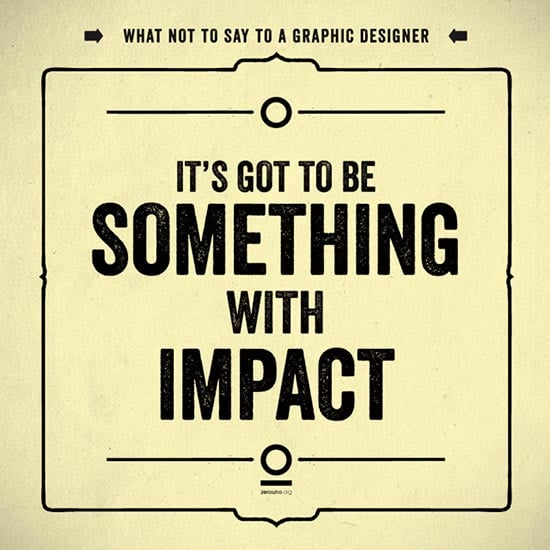 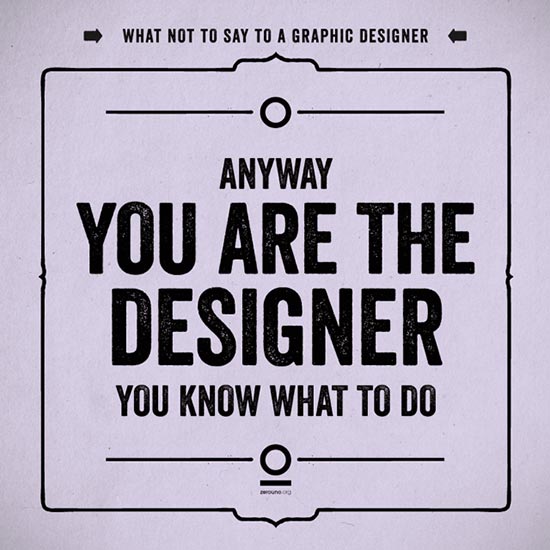 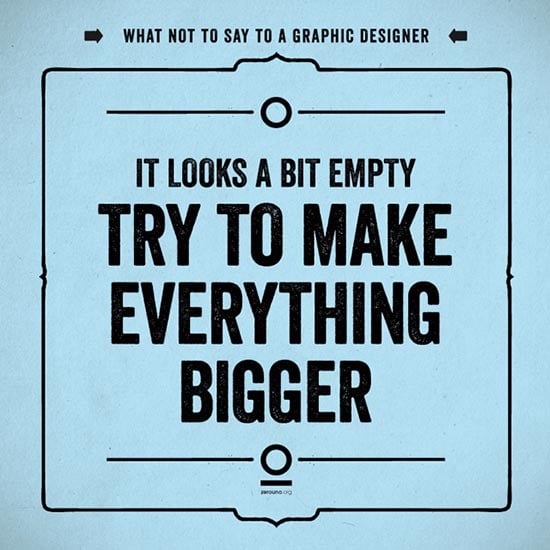 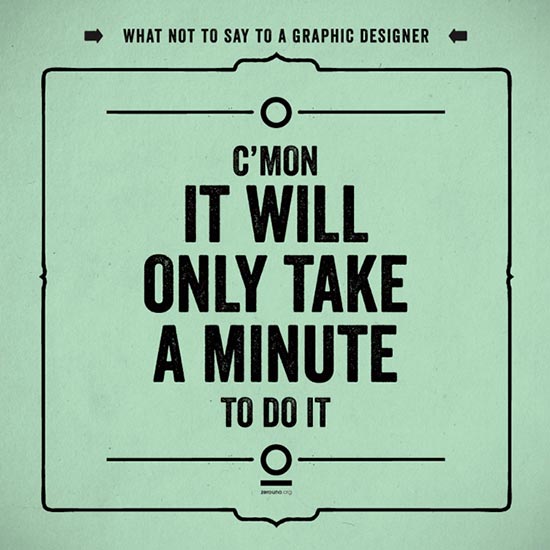 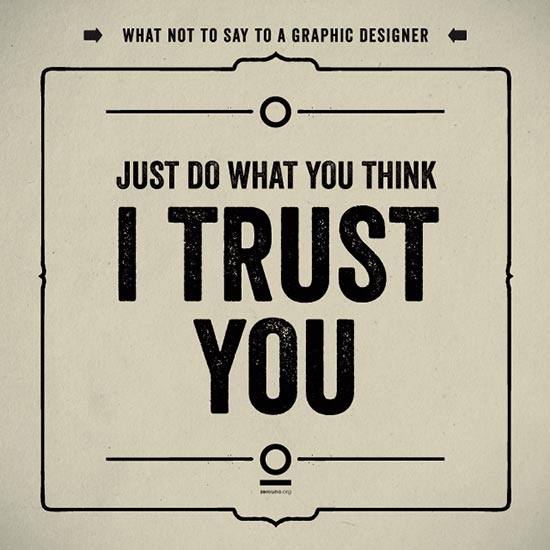 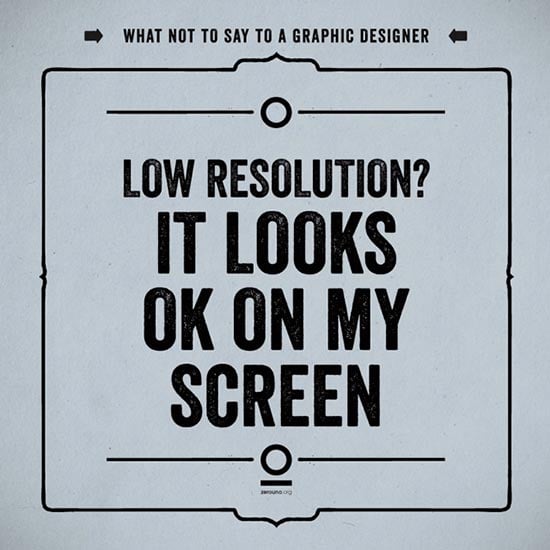 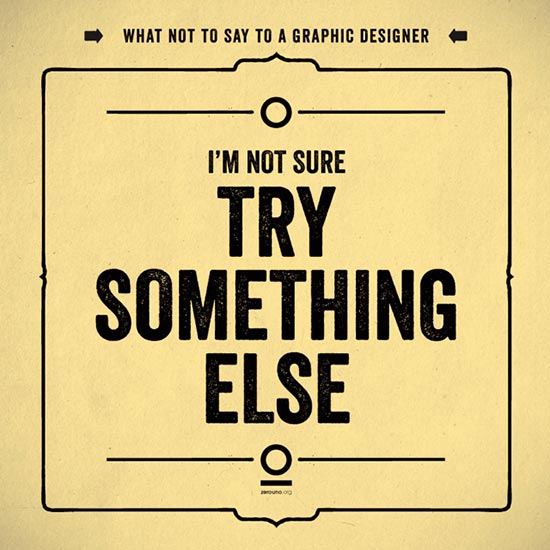 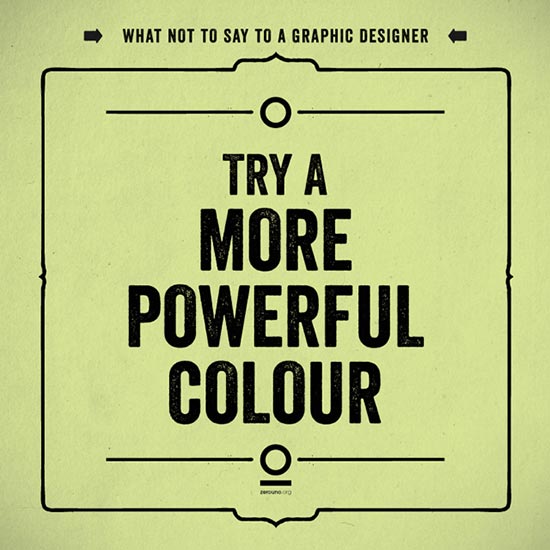 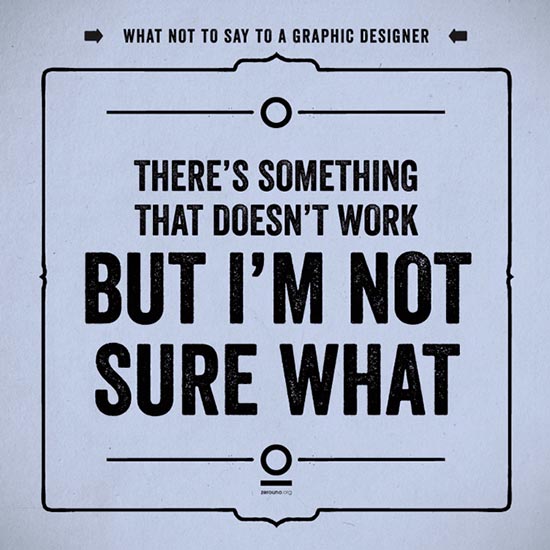 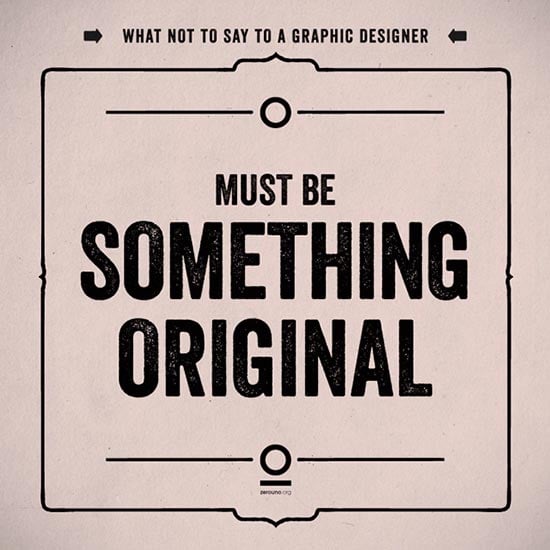 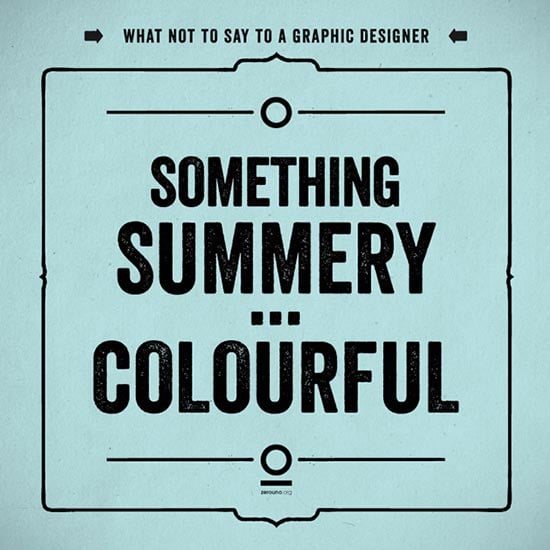 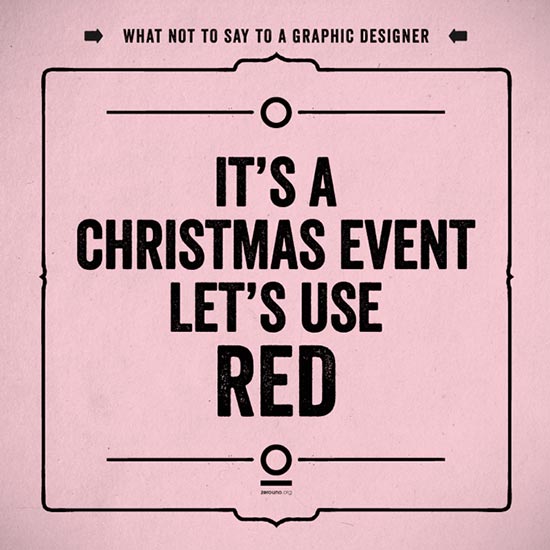 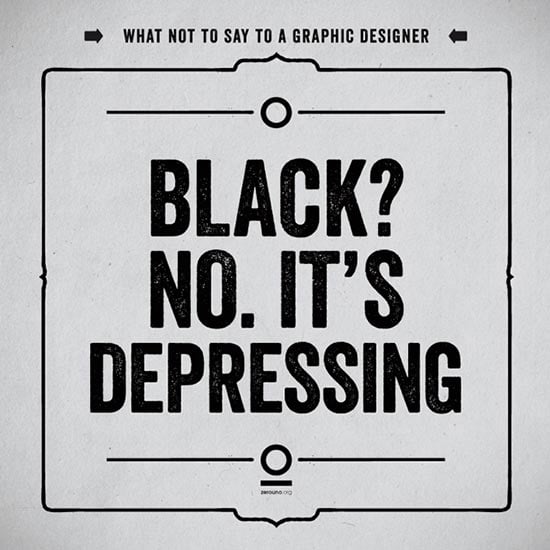 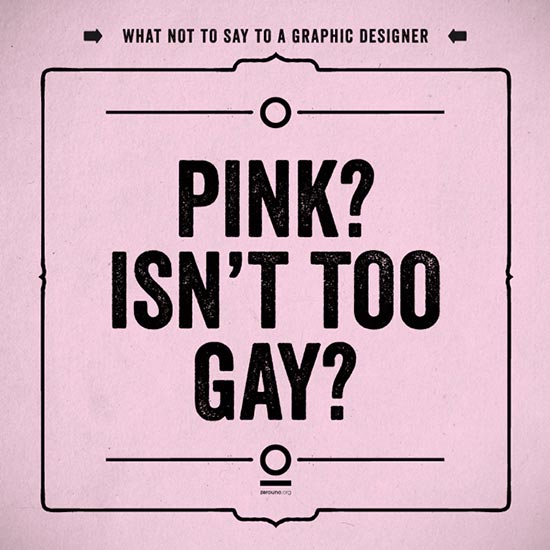 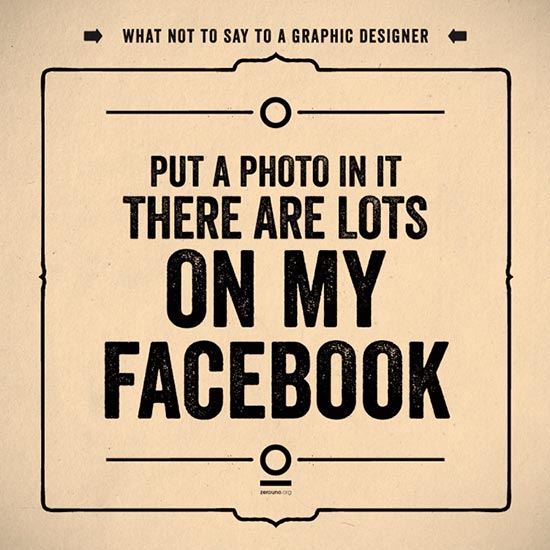 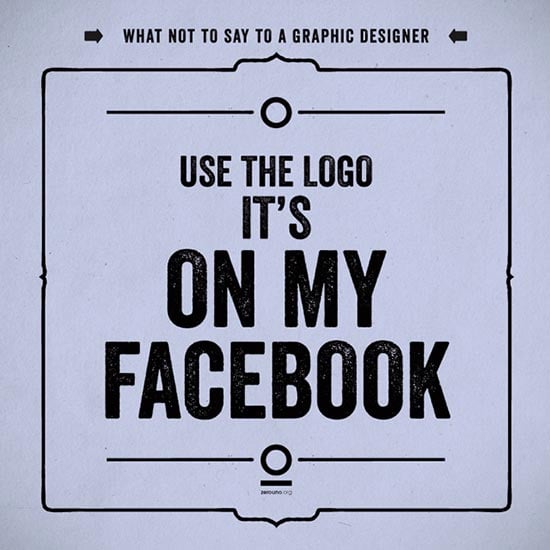 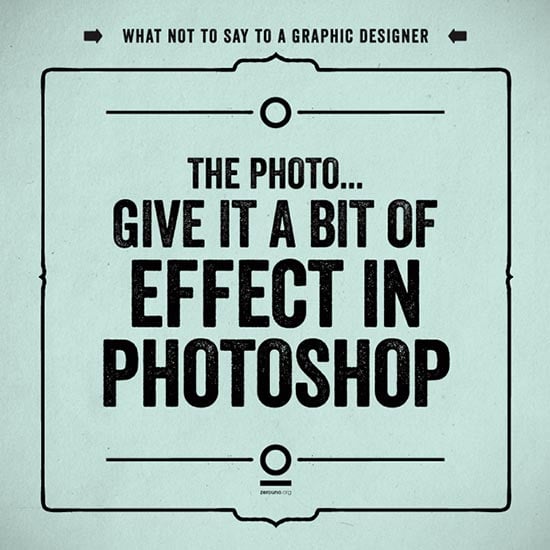 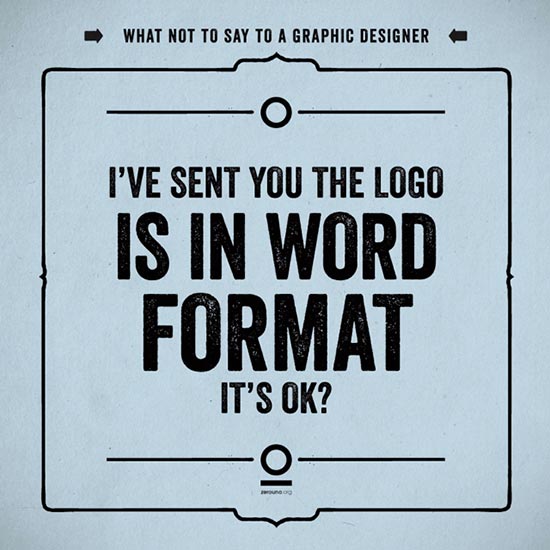 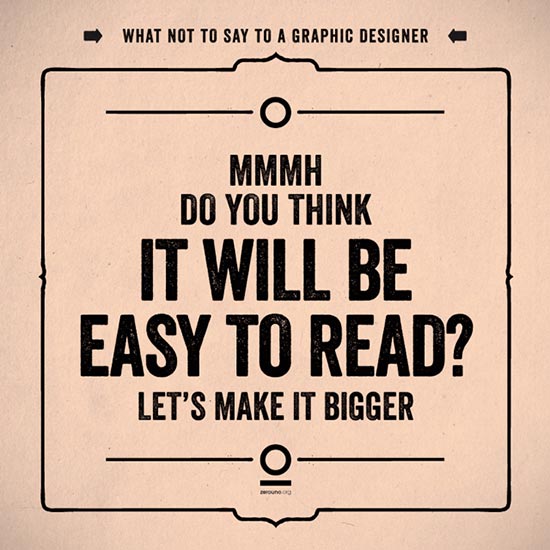