Graphic design in games is a big category. It can encompass everything from your favourite character’s sprite or 3D model all the way down to the opening menu that you quickly click through to get into the gameplay. But, as with any constituent part, it all matters.

Thankfully, game designers across the globe know this all too well and lavish their games with sumptuous graphics and UI in order to make our experience with their title even sweeter.

Let’s take a look at some of the most innovative examples of this in action, taking a close look at three key types of graphic design: UI/UX, Sprites and 3D modelling.

Game menus are boring. Health bars are boring. Status icons are boring. Quest markers are boring. You get the idea, none of these parts of a game really inspire us into thinking a game is top quality—seriously if you’ve ever exclaimed “wow look at that quest marker” I’ll be really surprised.

Despite these elements usually being given little thought by developers, that doesn’t mean they don’t have huge potential to define your experience. After all, in a game like Grand Theft Auto how much time do you spend looking at the mini-map, ammo counter and health bars—quite a lot!

Most UI design is extradiegetic—meaning that it doesn’t have any physical presence in the game world itself, it’s just an overlay for you (the player) to see. While this is most often the case, there are tonnes of examples of diegetic UI, such as Call of Duty’s jammy blood spatters to show your health or Halo’s ammo counter on its iconic assault rifle or needler. 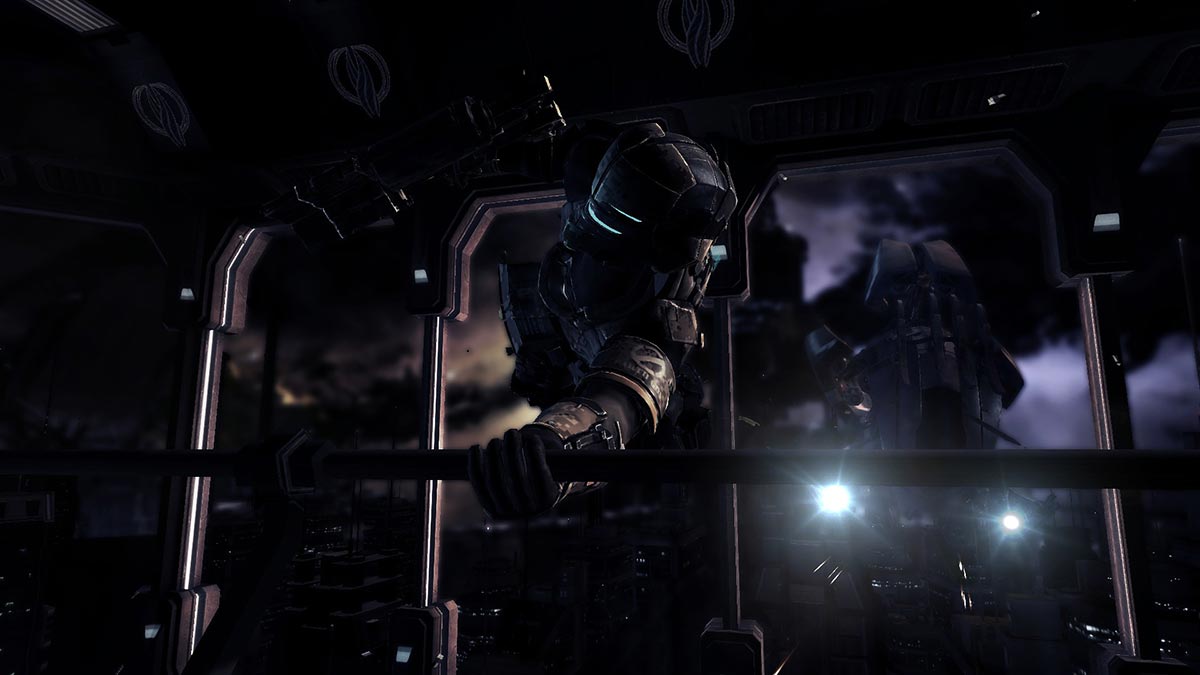 Dead Space set out the gold standard of diegetic UI. As you walk around the grim, dank spaceship as Isaac, you can forever see your ammo counter and health bars as little glowing indicators on the back of his suit. This simple act of placing such information on the player helps to ground the UI in the game world to remove some of that fourth wall thrust upon players by unrealistic 2D elements sitting on their screen. What’s more is Dead Space’s inventory even tries to establish itself as diegetic, with it being a projection into real space—Isaac even looks at the items you are hovering over in the inventory screen! 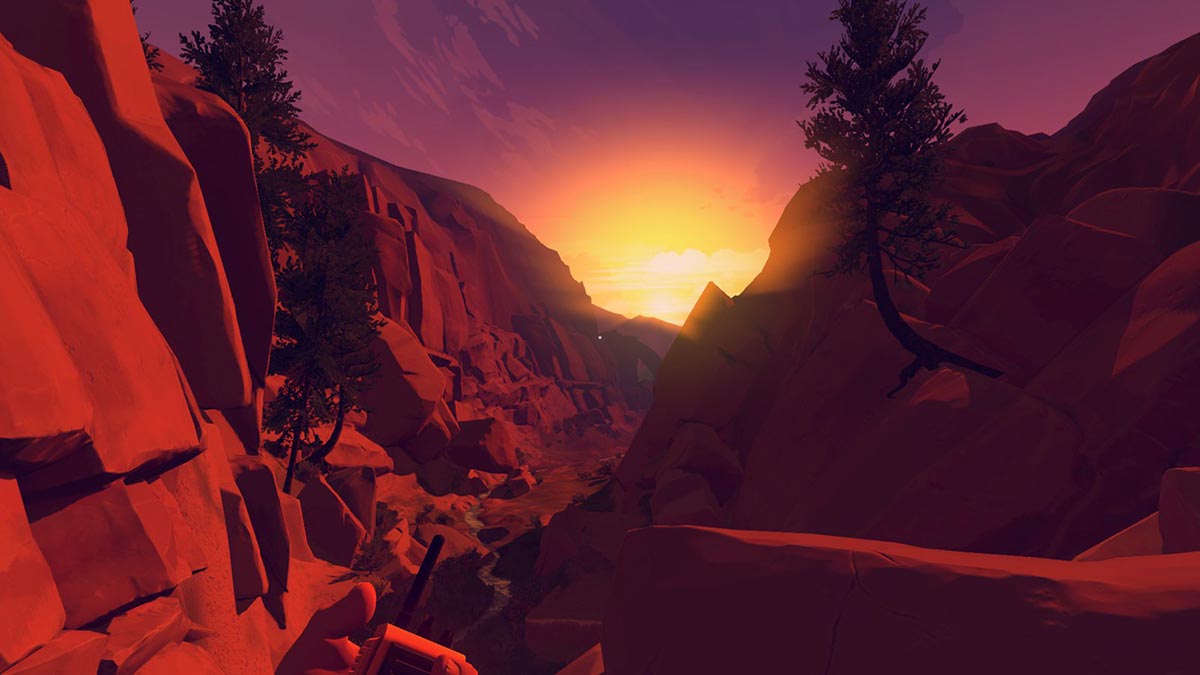 Firewatch is another prime example of diegetic UI, requiring you to orient yourself around the wilderness with a physical map and compass. Again, this serves to immerse the player into the world while side-lining the overtly “gamey” effect of standard UI.

There’s no question about it, Persona 5 has a huge reputation for (pretty much) one thing: its astonishing UI. Cast in punky red and blue, bursting with movement, consistently flashing, contorting and flying around the screen, Persona 5’s UI is one that you do not easily forget.

This turns the game’s menus from a boring necessity into an inherent, heavily aesthetic part of the experience. This is fortunate, as being a JRPG, Persona 5 spends a seriously large portion of its entire playtime in its menus.

Persona 5 is a great example of how playful UI can enhance an experience immensely. And, if anything, it shows that menus simply shouldn’t be boring, because they can be fun! 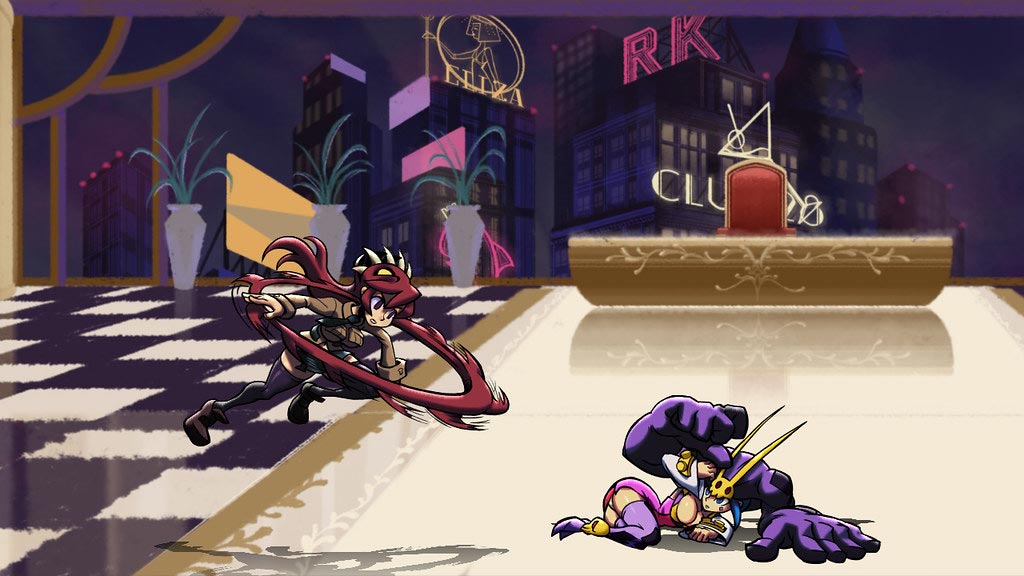 Released to the world in 2012, the intense 2D fighter Skullgirls wowed players with punchy, hand-drawn sprites merging a variety of playful styles. The finesse the artists displayed through the game’s sprites quickly garnered critical attention too, with numerous reviewers noting them as “some of the best hand-drawn character sprites ever used in gaming”. Because the images speak for themselves, I’ll let you take a look.

What’s so important about Skullgirl’s style is that it steered away from pixel art or digital design which have become mainstays in the industry as a whole. Opting to present hand-drawn sprites instead of fully rendered 3D models, or digitally animated 2D sprites imbues the game with a totally unique feel which is rarely found in games nowadays.

That said, the game did receive some flak for the overt sexualisation of its characters—especially given the lead artists were men. But such a critique can’t take away from the artistic finesse on show. 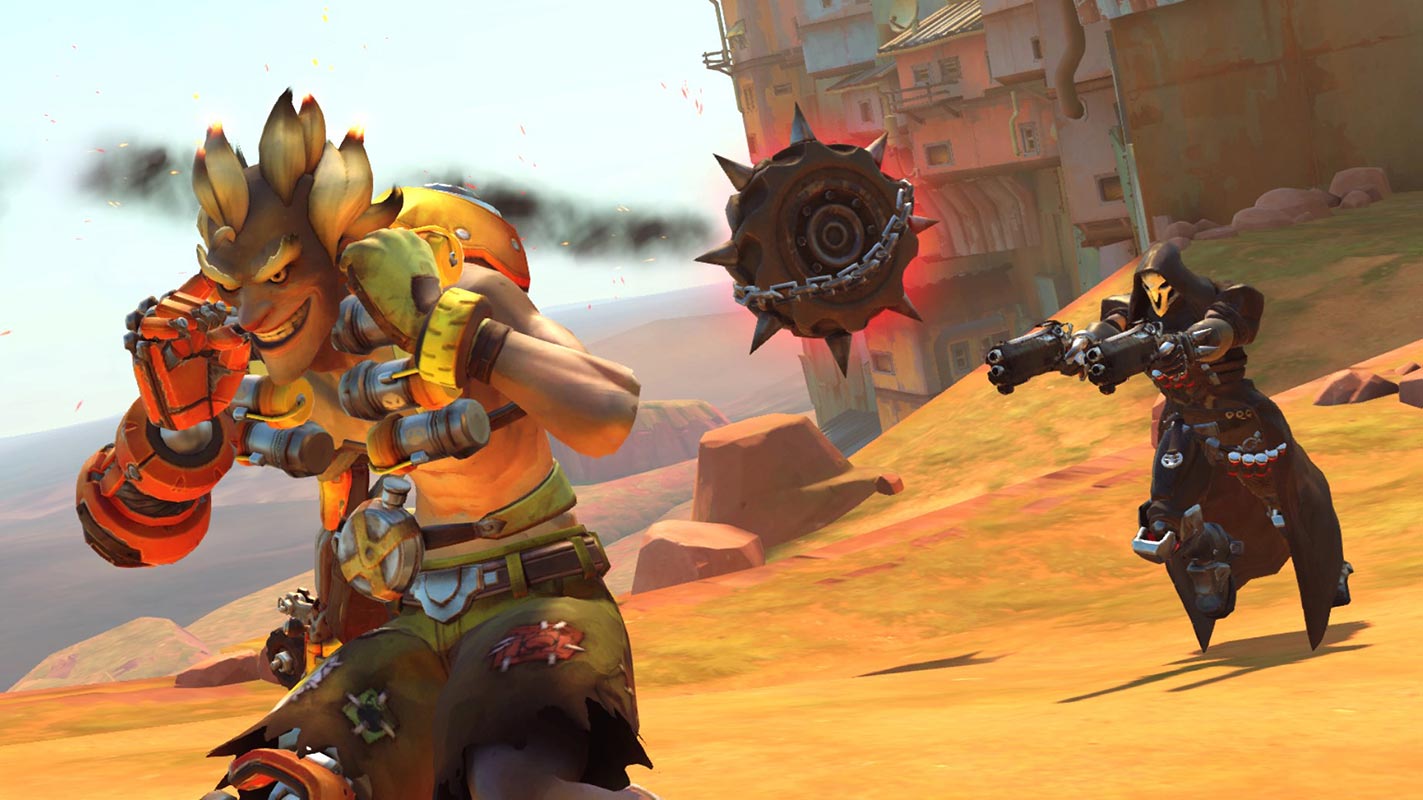 Whether you play it or not, you likely know a bunch of the heroes from Overwatch, and chances are you have your favourites. This is no surprise give Blizzard’s incredible understanding and ability when it comes to 3D character design.

While all the characters have strong personalities, back stories and voice-acting, it’s their character models and the accompanying animation where we really feel these characters coming to life. The mastery of the overwatch team can be seen in three clear places:

The Silhouettes of each character are easily recognisable, allowing each hero to be recognised at a glance. Pair this with the fact that such strong, recognisable silhouettes hold true in both HQ and LQ renders of the game, and it becomes clear that Overwatch’s hero design is not only good for creating character but it is also essential for its fast-paced gameplay.

Animation breathes life into each character, providing Junkrat with his iconic shakes or Pharah with her slow, collected breathing. Seriously, if you take a look at each character’s idle animation you can learn so much about them. And that’s not even mentioning the array of different animations that pertain to all their movements and abilities.

Unique skins allow for player customisation within Overwatch without ever once compromising the above to factors—something that is essential for allowing players to express themselves while retaining the essential character and gameplay information.

Overall, Overwatch’s 3D character design is a masterclass—and something which could fill an entire book, not a measly few hundred words.

Graphic design defines everything we see in games: be it the UI, the opening menus or the characters themselves. The most aesthetically sound experiences are certainly the ones which understand this through and through—appreciating that every single part of a game’s visual design most certainly matters. So next time you find yourself exploring a game world, be sure to appreciate all the UI—even those menus you usually skip through. If the designer has put good thought into it, they should be easy, intuitive and pleasureful to venture through!

Are you looking to get ahead in your favourite game? Then ElDorado.gg is the place for you. With ElDorado you can fast-track your progress by getting your hands on in-game currency, fancy items, high-level accounts and some time-saving boosting. Whether you’re a fan of WoW, CS:GO or Clash of Clans, head on over to ElDorado to get yourself ahead.