Trends are made to be followed, because it is the demand of on-going time. The same rule goes everywhere you go, whether it is art or a design field, if you do not keep pace with latest on-going trends, you will miss out the spark of newness & ingenuity. Whether simple or complex, trends and latest designs have to be followed to step up in the design industry.

Flat icons are often criticized by designers, they hardly prefer to work on these so they may not take over the market, but people are using them blindly on daily basis because they are simple to make, not much time consuming and not a pain to head. Maybe the idea of ‘simplicity is the ultimate sophistication’, is backing up their motive, either they don’t want to stress over the small stuff, maybe they are not much skillful to try complex techniques or maybe they don’t want to make something time consuming that is why flat icons are used by designers, who knows the reality veiling behind? But all it depends on the perceptive approach a graphic designer takes on.

The format of flat icons has also been adopted by Apple; later on people began to follow its suit like religion but afterwards Apple moved its course towards line icons that are even simpler. I guess, there is nothing left behind, for people won’t feel any hesitation to begin making the dot icons too.

Long shadow icons are a nice direction for the designers which I normally prefer because of its inventiveness and beauty. Google is the pioneer who introduced it in Google analytics. Now this trend has taken over the design field and overshadowing all the other techniques. Today, I am bringing before you 100 free vector flat long shadow icons set that consists of arrow icons, media icons, web icons, line icons, setting icons, transport icons & several other long shadow icons. Have a gaze! 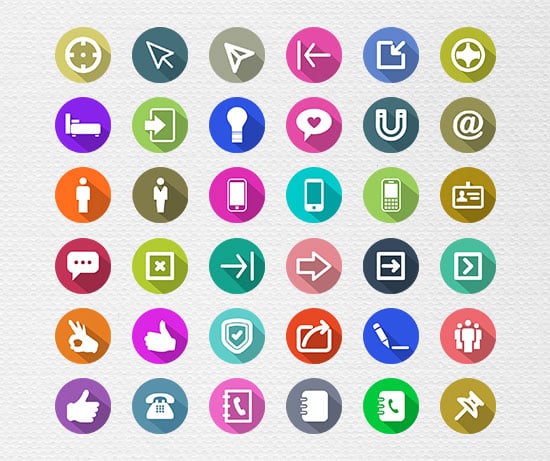 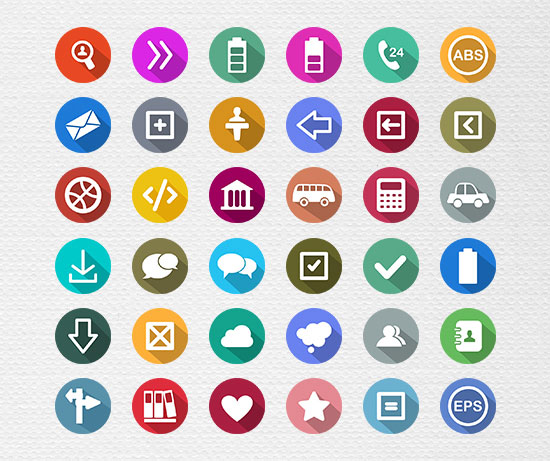 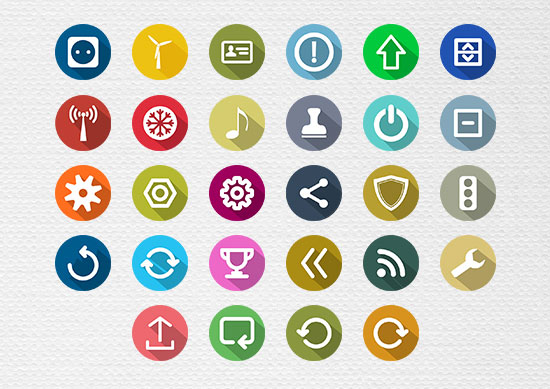